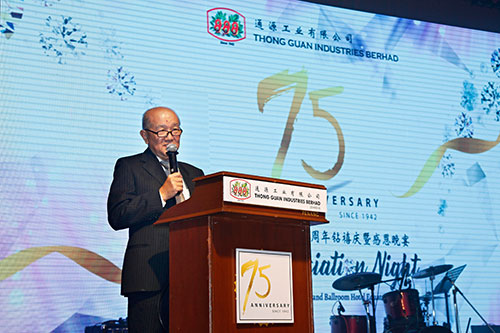 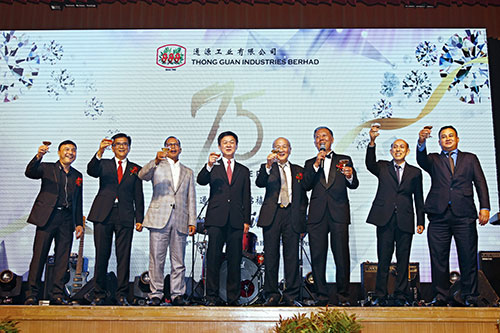 The “DOUBLE UP” slogan was announced by our Managing director, Dato’ Ang Poon Chuan during the event. This was the key message and it will be a 3-year plan in order to achieve a sales revenue increment from RM750 million to RM1.5 billion by 2020.

Newton R&D Centre’s Grand Opening was held on the same day to make the day even more memorable for Thong Guan.

We were privileged to have YB Dato’ Seri Ong Ka Chuan, Minister of International Trade and Industry (II) to officiate the grand opening. Newton R&D Centre is the first dynamic simulation lab in Asia Pacific, which focuses on pallet load stability and safety. Ultimately, reducing damaged goods during transit.