Stretch Wrapping Machine: Pair Your Film To The Right One 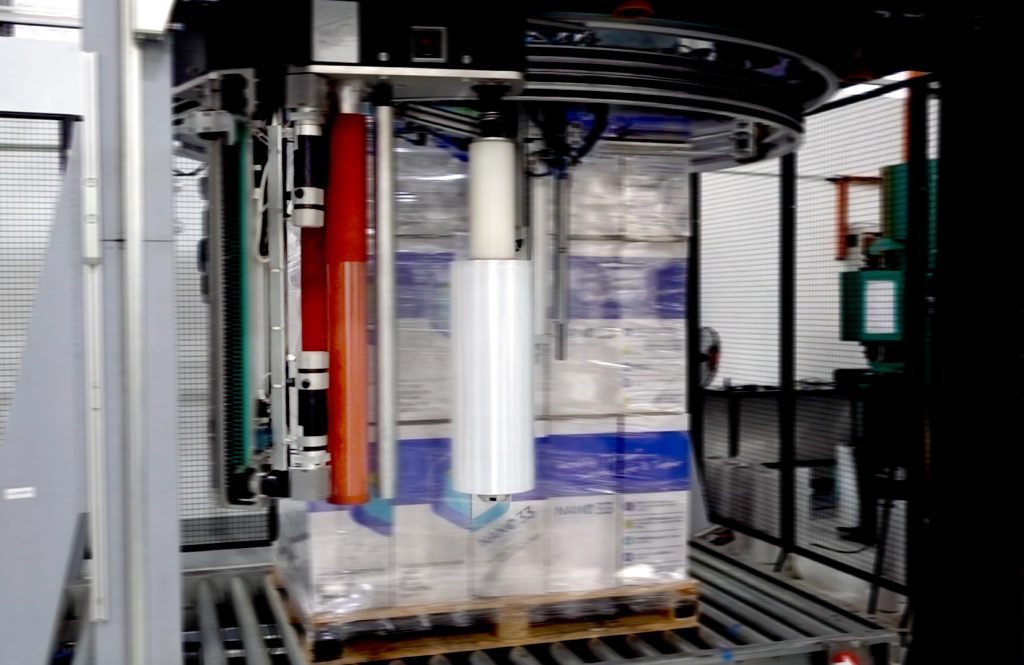 Mechanical stretch film wrap applications work best when working with mass load packages that need to be optimally wrapped so that you can deliver what you promise your customers.

However, one of the most significant issues is deciding which type of stretch film for machines to use to keep your goods safe. These considerations include cost, ease of use, durability, and transparency. You must give each of these factors the same amount of importance.

Stretch film wrappers work with loads according to:

But what are the considerations when choosing stretch films for machines?

While the purchasing department continues to opt for cheaper films due to costs, productions jump on snap films and downtimes.

So regardless of what wrapper is being used, choosing the right film for your machine matters.

Here’s our take on how the films and wrapping machines correlate to your wrapping goals, how to select the right machine films.

Smart technology and high-speed production processes drive automation to the next levels in the global packaging industry.

The result of utilizing mechanical wrap benefits you in

Using Machines To Optimize Your Wraps

Different machines work with different loads. There are three types of loads when dealing with pallet wrapping which are:

Here’s how these machines work with your wrapping needs

The most simple form to wrap is to place the pallet on a turntable that rotates while a pallet stretch film is delivered around the load.

Turntables have the smallest footprint and overall machine height. It is capable of 10– 20 loads per hour and ideal for A and B load types. This system starts wraps at the bottom of the load and wraps its way to the top and to the bottom again.

With the speed of 16 rpm p/minute it takes 5 mins (including change over time) to wrap a pallet. That’s approximately about 12 pallets per hour.

Turntable wrappers are very effective in many types of works, and they are used for a broad variety of applications

Arm wrapper machines operate by placing loads under a rotating arm. The load remains secured and stationary while stretch film is revolved to wrap around the load.

These machines are great for unstable, wobbly, light pallets and heavy loads that tend to be unstable while rotating on a turntable.

Suitable for all A, B, and C types of heavy and oversized loads. They are used for high-speed applications from 40 loads per hour.

Ring wrapper machines are great for unstable loads as well.

When wrapping, the load remains stationary while the wrapping is done via rotating around the pallet not by an arm, but through a large ring.

These machines can wrap at a very high-speed ranging application of 60 to 80 loads per hour.

Typically, the usual market practice uses 23 microns for heavy loads, but Thong Guan has innovated the use of thinner < = 17-micron films that do the same job but better.

When film is applied using a stretch wrapping machine, the rolls are larger, typically having a 500 mm and 750 mm width and a gauge of 20 microns and above. Thong Guan is currently looking to replace it with 15 microns and below. The film is pre-stretched via the machine’s carriage system immediately before application.

Combining the right film and advanced wrapping machine, the film can be pre-stretched by as much as 400%, which is 1 meter to  4 meters. Less efficient machines have a lower pre-stretch capacity, generally less than 150%

So how do you choose the right machine film?

With the above information available, we can use formulas to calculate the true pre-stretching of the winding film on the device.

We Can Help You

Yes, choosing the right stretch film for a machine may not be as easy as just purchasing a “cheap and good” film as there are many other factors mentioned to consider too.

As stretch film experts, let’s connect and get you on track towards choosing the right stretch film for your machines today.

Contact us at info@thongguan.com for more info or to enquire more today.